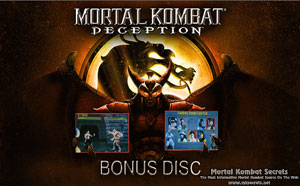 The Kollektors Edition of Mortal Kombat: Deception contains a bonus disk with additional extras: the original Mortal Kombat 1, Character's Bios and a video of the history of Mortal Kombat. Lets see exactly what this disk has to offer.

The Mortal Kombat 1 version from the Bonus Disk was developed by Digital Eclipse again (they developed the MAT compilations), which means that there are issues. OK, so technically it's an arcade emulation but not a perfect one. In fact I am not even sure which revision is emulated, but it is definitely a T-Unit one. I have seen people around the Internet talking that it is Revision 3.0 because Reptile does not give any clues, but that's wrong, because the gravity was lowered like in 4.0 (T-Unit) and 5.0 (T-Unit) revisions. Actually Reptile gave me clues when I played for a while the game in VS mode. 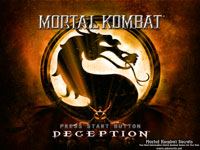 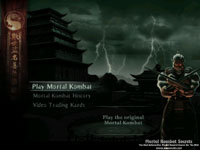 Anyway this version was released on both XBox and PlayStation 2, where the difference between each is that there is a bigger button delay on the XBox than on the PlayStation 2 (and the XBox pad is not that much comfortable). It seems that the delay is much less if the game is played from hard drive. The game is about 20% faster than the original arcade version. Adding the delay in the both versions to the speed and you will get some serious troubles connecting some perfectly timed combos, late jump kicks, and etc. Block cancels and glitch cancels could be difficult at first too until you adapt to the speed and delay. The game also has a lot of slowdowns. 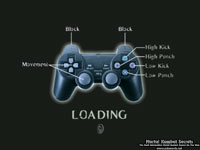 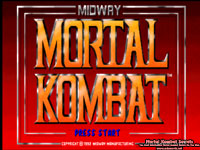 First I must say that the slowdowns are only if the game is played from the CD. OK, so if you do Johnny Cage's Shadow Kick, Fireball or Fatality on certain stages the game will slow down. Raiden's Fatality on all arenas will have the same effect. Some Special Moves and Fireballs overall on certain stages in Endurance matches too. Most noticeable are the slow downs after you beat the game and the characters start getting out of Shang Tsung and while the characters are shown in the credits. Sometimes when you Freeze someone the Freeze will not shake the opponent, and in random situations there will be no heads and bodies on Pit Bottom (the skeleton with the sword is always there). There are lots of sound issues too. Almost every time you hit someone with the Torpedo or Roll. The Palace Gates track is so quite that you almost cannot hear it (and what is interesting to mention here is that they planned to put Mortal Kombat 1 in Midway Arcade Treasures 2 and I remember seeing videos of it where there actually is music on Palace Gate, but later they decided to cut the game from the compilation). The Credits track after awhile also gets silent and some of the sfx are lowered down and sound funny. 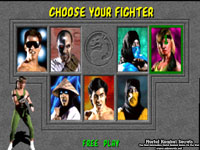 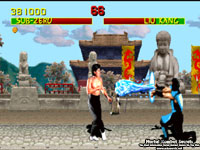 Other than that it IS an arcade perfect emulation. Everything that works in the arcade works here too plus you got T-Unit gameplay which is good. Because of the game's speed, this version can be played differently at first but once you addicted into it, it's almost the same. Still you have to confront with the annoying delay there first, but sadly it is one of the best home version of the game so far. 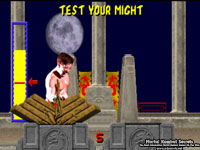 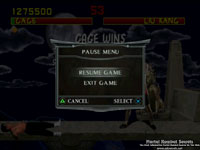 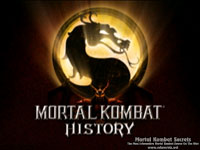 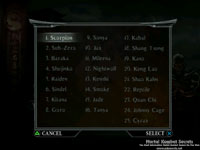