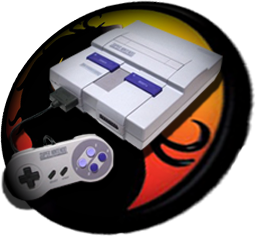 Nintendo's SNES will remain in history as one of the most successful gaming platforms of all time. But does this statement applies to the Mortal Kombat games, that appear on it? Let's see... 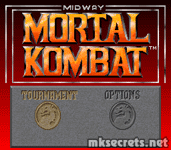 Mortal Kombat 1 fo SNES was one of the worst home ports of the game ever released! Seriously, they could do such an amazing job with it, but what they did was really... I don't know how to describe it... oh yeah, disgusting. The fatalities are censored and - no, you cant fix that via code or something. The sound... ok the sound was fine. The gameplay was horrible. It's something like mega proto mix from the arcade version. There is literally no pushback in corner after HP/LP, duck kick and the standard pushback hits. What this allows you to do is infinite with every single character in the game, and this with just using PUNCHES!!! or Fireball! or duck kicks.... While playing the game from beginning to the end you will confront with so many glitches because of the choppiness. Anyway as already mentioned the sound was probably the only good thing about it. You have those weird bio screens where instead the standard bio animation you have just the character in his winning pose, same applies for the endings too. Good thing is that there is Pause in the game. The controls are so bad and choppy that its almost impossible to make simple but unblockable combo like JK, Flying Kick with Liu Kang. The most funniest stuff is that i still see various people around the net who claim that the SNES version was way better than Genesisone, which is ridiculous. There are some hacked roms around the net which turn the so called sweat into red blood, so if you plan to play this on emulator get those, if not, and you use original SNES... get a gamegenie lol. 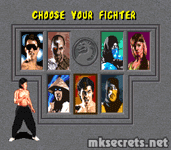 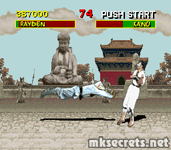 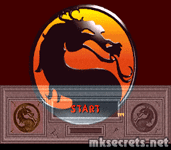 The version of Mortal Kombat II that was developed for SNES was way better than the version of Mortal Kombat 1. The sound is little laggy sometimes but overall it manages to recreate the dark atmosphere from the arcade game. There is one thing that went very wrong with this game. The original release was so glitchy that they had to rerelease the game. The biggest glitch was the ability to perform a fatality in the middle of the round, which automatically made Sub-Zero god tier. As for the gameplay, there are differences between the European (E) and the US (U) versions of the game. While the US is closer to the arcade, the European version has some really broken gravity. Everything juggles really high, like the Proto revision of Mortal Kombat 1, thus allowing huge combos and infinite combos, that actually AFFECT the gameplay. You can do stuff similar to the Sega Saturn version. The US version has much better gravity system. It still feels different than the arcade though. The famous RH infinites for the ninjas and Raiden don't work and the lying frames for bleeding Jump Kicks and RHs are not here. Another famous glitch in both versions is the TUG. What that gives you is a non-visible fireball somewhere on the screen which will juggle the opponent if it hits. There are tons of videos over the internet showing it being used, so just search around if you are curious. Few stuff that should be noticed are: Kitana's Fan Lift - Air Throw infinite (which is not very useful in vs matches but still broken), harder inputs for some special moves and fireballs and a bigger pushback. The Japanese version of the game had green blood and they censored somehow the fatalities making the screen goes into black and white, which was weird idea since you still see what is going on. It had the the same gameplay as the US version. 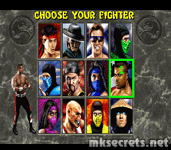 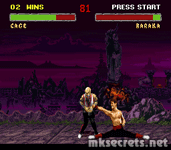 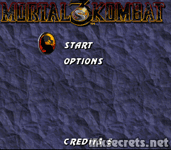 Mortal Kombat 3 for SNES was not as good as the version of Mortal Kombat II. The SFX and music sound better, but still not good enough. You have the hidden "The Lost" stage now, but the Graveyard is missing, which is interesting because I remember seeing it in old game magazines. As for the gameplay, it's bad. Its faster, choppy and with shorter recovery time. One of the most disappointing things in the gameplay are the Jump Kicks. After you hit someone with a Jump Kick when they are on the ground they will juggle so higher that you can infinite with almost every character in corner vs Sheeva or the robots just with perfectly timed Jump Kicks. Because of those flying ground Jump Kicks Liu Kang and Kabal can infinite Sheeva in corner using Jump Kicks and Air Fireballs. Sub-Zero has the Ice Shower infinite, which became popular first in the Sega Genesis version of the game (good that they fixed the c.LP infinites from the same version lol). There are other fun stuff like Kano's Knife Uppercut corner infinite, kick combo corner infinites and etc. and the corner pushback here has such big area. One of the fun things in the game are the 1 button fatalities. This code allows so many glitches to happen, that there are still variations nowhere listed lol. The game of course has extra cheats and codes that the original arcade version hasn't, As a conclusion I can say, that the whole port was so watered down that if you have ever touched Mortal Kombat 3 at the arcades you will never want to go anywhere near the SNES version. Both, the Genesis and the SNES versions were developed by Williams. They started working on the Genesis version first before going to the SNES version. Due to Midway wanting the ports to meet a deadline release date, the SNES version was rush and didn't get enough development time, unlike the Genesis one. This is probably why it is one step behind the Genesis one, when it comes to gameplay. OK, one thing I can admit, the graphics look better than those of the Genesis. 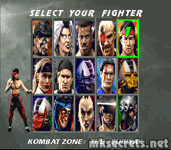 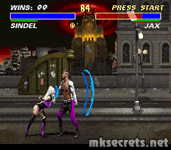 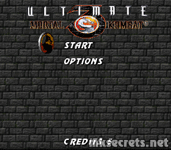 The limitations of the SNES port of Mortal Kombat 3 led to a lot of changes in the version of Ultimate Mortal Kombat 3 for the system. The game has actually a few cool improvements over the original arcade one. Brutalities are in. Rain and Noob Saibot are playable also (although they only had Brutalities in the Genesis version, here they have Babalities and Stage Fatalitites), but Rain has no ending. Shang Tsung cannot morph into them. Mileena, Ermac and Classic Sub-Zero are playable without any need of codes. Unfortunately minuses are present too: The announcer no longer announces the character names. Sheeva was removed in this port too, although there is a famous glitch that allows you to play with her (or something that is supposed to be her lol). The graphics data for this character is removed meaning that she is effectively invisible, but her moves can be performed and she is incredibly fast and very glitchy. Using her normally causes the game to crash. The portal stage from Mortal Kombat 3 (where Robot Smoke is fought) is present, but the graphics have been replaced with the Ultimate Mortal Kombat 3 "Choose your destiny" background. In fact the only arenas from Mortal Kombat 3 that the team left in the game are Pit III and The Roof. The music that is played in this stage is the same as in Mortal Kombat 3. The arena is accessible through a Game Genie code. Ermac's Fatality is altered, Sonya still has the her MK3 Friendship, Scorpion's Hellraiser and Kitana's Kiss of Death Fatalitites look like those in the Genesis versions. The gameplay is similar to the MK3's one. You have again those giant juggles after grounded Jump Kick, in fact almost every fireball and special move juggles higher and the large pushback is present again. Nightwolf got his axe infinite. Corner kick combo infinites for almost every single character are present too. Rain's RH and Noob Saibot's Teleport Infinites don't work, Kung Lao don't needs hits between each Spin and Robot Smoke has no hit limit for his Harpoon...There are really so many broken things in the gameplay for this version that I will probably need a separate article if I want to list them all. The game is not good for a competitive gameplay and it will NEVER be. Another interesting fact I noticed is that at various times, when you're playing this version, you will get a kode on the screen with 6 symbols on it. You cannot control the outcome of this kode and you cannot use it on the SNES version. These codes are for the Arcade version of Ultimate Mortal Kombat 3 and are part of Midway's advertising campaign. Note that these kodes seem to appear at random, I don't think there is a definite way to get one of them to appear, although several theories have been proposed and disproved. Also note that these are not the kodes that appear on Scott's Slots. If you are given a kode while playing the slots, you CAN use those on SNES MK3. 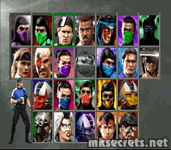 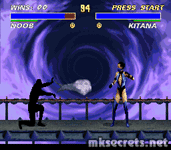