The official HBO Max YouTube channel has released a video announceing that beginning 12.25.2020, all Warner Bros. Pictures movies will be released on selected theaters in the United States as well as the HBO Max streaming platform, when all movies will be released in both platforms in the exact same day, given the crowding limitations caused by COVID-19. This also includes the new upcoming Mortal Kombat Movie, which now has a new title and logo.

Check out the video below:

And here is the new MK Movie title and logo. : 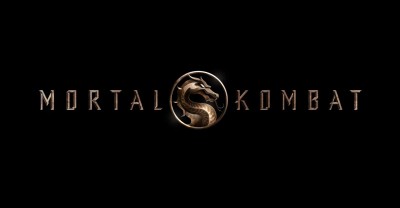 No release date or any other news at the moment, so stay tune for more news as they arrive.

The official Mortal Kombat YouTube page has uploaded a trailer for the newest season of the Mortal Kombat 11 Ultimate Pro Kompetition, kicking off the 2nd season after the 1st one ended in March. Due to the population limitations that are forced by COVID-19, the entire season will go online, divided into 3 regions: North American League, Interkontinental Kombat and Liga Latina, while every regions includes sub regions, indicating which region is for every player to enter the tournament, and win a good chunk of the $20,000 prize pool of every region, making it an overall amount of $60,000 across all regions. The season will kick off at 12.05.2020, and the entire season will take place on PlayStation 4 only as part of the MK11U PS4 Tournaments, meaning that no other platform can be used to enter, including the PlayStation 5.

For more information about the MK11U Pro Kompetition Season 2, click here, and check out the trailer below, enjoy:

MK11 Towers of Time - An Example Of A Meteor Boss Battle

As the revelation of the secret metor Boss Towers in Mortal Kombat 11 Ultimate has been continue to spread, here is an example of one of those Boss Towers, and how to get a Kombat League Skin through those secret Towers as explained before.

Here is me using Scorpion, with the Reptile Skin that managed to unlock in the previous season of Kombat League, beating Skarlet as the meteor Tower Boss, while she has the alternative color Kombat League Kytinn skin, which is the Skin that I've unlocked after beating here. Enjoy.

The Secret Of The Meteor Has Finally Been Revealed [UPDATE]

As we have reported nearly a year ago, every time you enter the Towers of Time mode in Mortal Kombat 11 Ultimate, there is a random chance to see a mysterious meteor through the skies. At the time, it was speculated to lead to some kind of a secret, which the Mortal Kombat franchise is well known for. And now it turns out that yes, there is a secret attached to it.

Ed Boon came to Twitter to reveal the secret by himself. When the meteor flies across the skies of the Towers of Time, it can lead to the secret Boss fight Tower which will open at the Summoned Towers platform for one hour once it pops up. And it's not just one Tower that can be summoned by the meteor, but several. Here is the tweet from Boon:

As you can see, the currency needed to get just one attempt completing the Tower are gigantic, but the rewards for winning are defiantly worth it, as you not only can unlock Jinsei augments for the character that you just beat as the Boss character as well as unlockables for your own character (Skins, Gear pieces or augments) but you can actually unlock Kombat League Skins from this method. That's right, you can unlock Kombat League Skins through those Boss fights, giving you an extra option to unlock those Skins without playing the Kombat League mode.

So remember the code, set all of your currency ready, stay patient, and be ready to press the code and finish the Boss, and gather as many rewards as you can.

UPDATE:
We now got another revelation, as it turns out that the code for summoning the meteor Towers is based on the blood code for the Sega Genesis port of Mortal Kombat 1, with the D-pad directions match the letters:

This is an excellent call back to MK1, while of course giving access to more content on the way.

Did we miss anything? Please tell us in the comments below.

As we have reported earlier today, there is a new Skin pack coming to Mortal Kombat 11 Ultimate which includes Skins that are based on the original 1995 live action Mortal Kombat movie, and now they are avialable in the game for standalone purchase.

This Skin pack, called the Klassic MK Movie Skin pack, includes skins for Raiden, Sonya Blade and Johnny Cage, all of which include both the voices and likeness of their respective actors in the movie, Christopher Lambert, Bridgette Wilson and Linden Ashby, who reprise their roles as those characters, just like how Cary-Hiroyuki Tagawa reprised his role as Shang Tsung in MK11U by giving his voice and likeness as well.

Here is the trailer for the Klassic MK Skin pack below, courtesy of the official Mortal Kombat YouTube page.