Injustice: Gods Among Us - News

We have an amazing breakdown of this trailer with a lot of screenshots waiting for you over at InjusticeOnline.Com, so head over to our Injustice website to get the latest details.

To celebrate the release of Batman: Arkham Knight Netherrealm Studio is releasing characters from the Arkham series as challenges for the Injustice: Gods Among Us mobile game. The first was an Arkham Origins Joker. The currently ongoing challenge will allow you to obtain a Gold Arkham Origins Bane card: 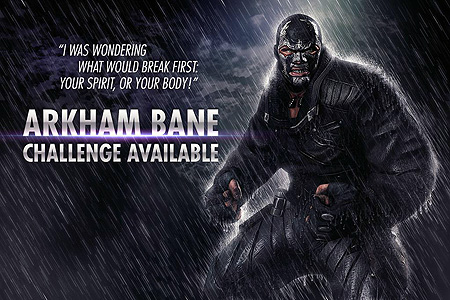 The Injustice: Gods Among Us mobile game is still very much alive and supported by Netherrealm Studios. The game gets frequent updates and challenges, which give you access to new fighters. The latest challenge is a Mortal Kombat X one. You get the chance to fight against Mortal Kombat X Scorpion and if you beat the challenge you will add him to your collection: 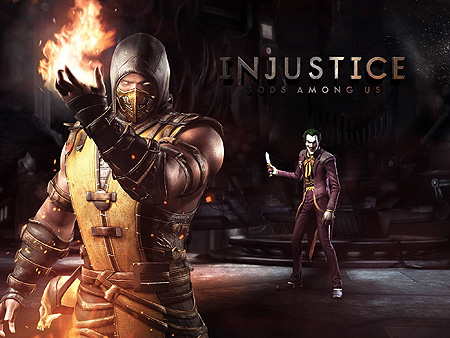 Here are also two screenshots from the Android version of the game running on Nexus 7 2013:

From the quality of the graphics and the model itself it is easy to imagine how the Mortal Kombat X mobile game might look like.


Publisher Weekend on Steam: 75% off MK9 and Injustice

From 18th to 22nd September Steam is having one of its popular Publisher Weekends. And the publisher this time is Warner Bros. You have until tomorrow to purchase Mortal Kombat 9 (2011), Injustice: Gods Among Us, the entire Batman: Arkham Collection and other great PC games for a quarter of their original price.

So, if you have been waiting until now to get your copy of some of these games, don't miss your chance. Visit Steam for more information.

Just because we now have Mortal Kombat X to report on doesn't mean that we will stop our coverage on the still very popular Injustice: Gods Among Us and its prequel comic books. And speaking of it, the latest issue of year two marks the return of Harley Quinn, one of the most beloved characters of the series:

Synopsis: Now twice monthly! Black Canary faces off against Harley Quinn once again. Oracle begins receiving information from someone inside of Superman’s regime. Is it for real, or a trap? Then Guy Gardner travels to Oa to find out what the Guardians are planning for their next move. Sinestro is somehow blocking them from seeing Earth, but they are still moving ahead and marshaling their forces.

As of this month, the Injustice: Gods Among Us prequel comic books will return to their initial weekly schedule for the remaining issues of Year Two.

And if you fear that your favorite comic book series will soon end, then fear no more as Injustice Annual #2 and Injustice Year 3 have just been confirmed by writer Tom Taylor himself in an interview for IGN. He also reveals that he pitched Injustice Year 3 as Superman Vs. Constantine:

IGN Comics: You’ve said that Year One was the story of the breakup of the Batman/Superman partnership. And it seems like Year Two’s primary goal has been to chronicle the war between Superman’s forces and the Green Lantern Corps. How much can you say about the direction of Year Three?

Tom Taylor: Superman versus Constantine.
Do you need anything else? Because that was pretty much my entire pitch and it was enough to get my editor, Jim Chadwick, pretty excited.
If you need more, then Batman TEAMED with John Constantine plus a bunch of other magic users, supernatural characters and demons, fighting Superman’s regime, for the fate of the world. How can you not want to see that?

The article shares a lot more details on the future of the comic book series, so click here if you want to read it.