By early 1997, the Saturn was trailing the Nintendo 64 and PlayStation in both North America and Europe to such an extent that senior management began planning a new platform and, by E3 in 1997, had begun talk of the system called the Katana (which would later be named the Sega Dreamcast). Sega America President Bernie Stolar, who was strongly in favour of the upcoming console, announced "The Saturn is not our (SEGA's) future".

The Saturn was discontinued in both Europe and North America in late 1998, far earlier than the typical 5-year life cycle of most video game consoles. 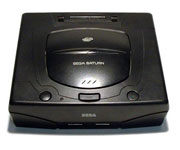