In Japan, it was distributed under the name Sega Super 32X. In North America, its name was the Sega Genesis 32X. In Europe, Australia, and other countries that use PAL, it was called the Sega Mega Drive 32X. Most gamers, for simplicity's sake, refer to it as just the "32X". 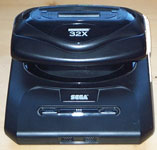