<!--Tags: mk1, mktm, threshold, midway, misc--> The hype for the Mortal Kombat 30th anniversary continues, as Ed Boon has shared yet another story around the first game in the series, Mortal Kombat 1, this time focusing on the creation of the leg grabbing, death kissing Special Forces kombatant, Sonya Blade, and her iconic Leg Grab special move.

During the video you will see the character select screen of an early build of the original Mortal Kombat 1 that has never been seen before: 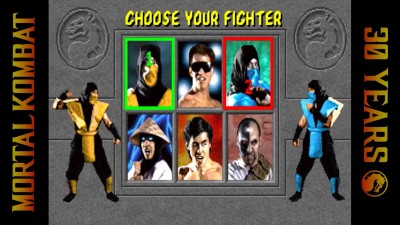 Now have a look at the video itself:
Boon than goes on to mention how they were all excited to see the Leg Grab being used in the original 1995 Mortal Kombat movie, indicating it's status as one of the most iconic moves in the history of the franchise.
As Boon previously mentioned the kombat cop Kurtis Stryker, he also goes on to tell how this all led to the creation of both Stryker and the pounding and grabbing powerhouse of the Special Forces, Jackson "Jax" Briggs.
And finally, Boon reveal something pretty shocking, that both Sonya Blade and the yellow female Ninja, Tanya, are actually named after Boon's sisters.
If and when Ed Boon decides to share even more stories leading to the MK 30th anniversary, we will surely be ready to cover the news about them, so stay tuned.

I expanded the news with a screenshot of the select screen.

Would love for them to release that beta version to the public.
I Rule This World!

Thanks for adding it