Firstly, it has been reveled that both Rick Morales and Jeremy Adams, who respectively were the producer and writer for the first two MK Legends movies, Mortal Kombat Legends Scorpion’s Revenge and Mortal Kombat Legends: Battle of the Realms, are back in their respective roles for this movie as well, keeping a consistent line of work from the previous movies into this one.

Also, we now have the first details regarding the voice actors cast for the movie:
Also, IGN revealed several other voice actors, although without their specific roles. These are Patrick Seitz, Lei Yin, Sumalee Montano, Debra Wilson, and Keston John.

And finally, we have the first image from the movie, showcasing Kenshi and an elderly Kuai Liang/Sub-Zero. 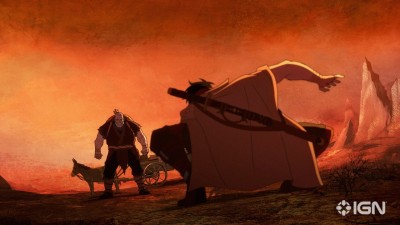 Stay tuned for more news regarding the movie as they come.