<!--Tags: mkm21-->For 2021 Warner Bros. made a decision to release all of its 2021 movies simultaneously in theaters and on HBO Max. This in an attempt to boost the number of HBO Max subscribers and to compensate for the situation in cinemas around the world during the year. The decision was met with criticism by the industry around the world, forcing Warner Bros to negotiate compensations with a lot of people in front and behind the camera.

One of the affected movies was the then upcoming Mortal Kombat 2021 movie, which indeed premiered simultaneously in theaters and on HBO Max. In theaters the movie enjoyed a great opening weekend but then suffered major losses of viewership, resulting in $83.6 million in revenue at the global box office against a $55 million budget. Not that bad considering the circumstances. Critics and fans were also divided in their reactions, resulting in overall mixed reviews. 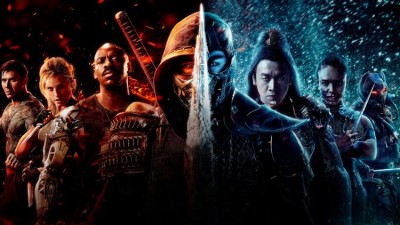 Little was known about the movies performance on HBO Max so far. Business Insider has now released a ranking of all movies released on the service and their performance during the first (opening) weekend. In this regard, Mortal Kombat takes the top spot with 3.8 million households who tuned in. Here is a list of the first five:
To reach the top of the list is indeed an exciting achievement for the new Mortal Kombat movie that may help convince Warner Bros. (if they are not convinced yet) that it is indeed worth investing in the future of Mortal Kombat on the big screen and also on HBO Max.

We would also like to congratulate everyone involved with the movie for this achievement and hope to see some if not all of them back for a sequel.

Re: Mortal Kombat Gave HBO Max Its Most Watched Opening Movie Weekend Yet

That's excellent news, the movie is a sure fine success, loved that movie. A sequel is to be expected, especially with these numbers.
No matter the form, Reptile is always awesome

Re: Mortal Kombat Gave HBO Max Its Most Watched Opening Movie Weekend Yet

I was really excited about it. Then I watched it and it left a somewhat bitter taste in my mouth. Especially because of Cole. A franchise with 60+ mostly iconic characters and they decided to introduced a new boring one. That for a movie, that is supposed to reignite the Mortal Kombat movie fire after Annihilation well annihilate it completely.

For me the perfect start of the next movie would be Cole being removed from the chess board, thus upping the stakes for the actual Mortal Kombat characters.

As an alternative, do something meaningful with him and don't put him in the spot light.
I Rule This World!