<!--Tags: mk1, mk2, mk3, umk3, mkt-->For the past more than 10 years, there have been several attempts at creating a remake of the original 2D Mortal Kombat games. This has been a dream of every single fan out there that has at one point toyed with fighting game engines such a MUGEN. 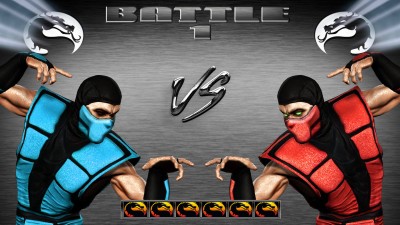 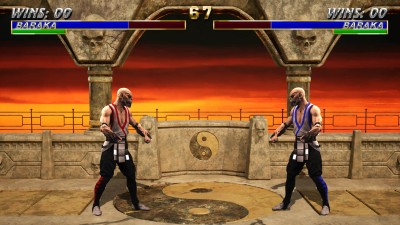 The guys over at Eyeballistic started their attempt several (actually more than several) years ago as a passion project and went as far as getting the approval of Mortal Kombat co-creator and Netherrealm Studios' creative-director Ed Boon. In fact the team almost succeeded at getting WB Games to green-lit heir project of remaking the original Mortal Kombat 1. After an initial stop sign, they attempted once again with remakes of not just the original game but also Mortal Kombat II and Ultimate Mortal Kombat 3. The story behind this project is as interesting as the decision of not moving forward with it has been disappointing for the fans and the people involved with it. 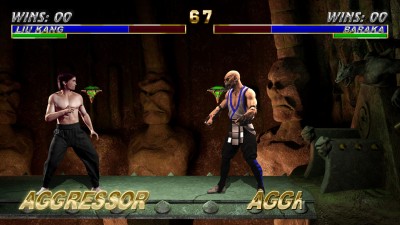 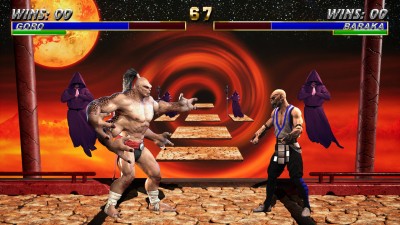 Now with Mortal Kombat's 30th anniversary upon us, it seems like Eyeballistic is once again going to attempt to get WB Games on board with their Mortal Kombat remake project. In order to try and convince WB Games that the project would indeed be profitable for everyone they have created a petition over at Change.Org. The petition immediately caught the eye of several websites and YouTubers and is already catching on fire. 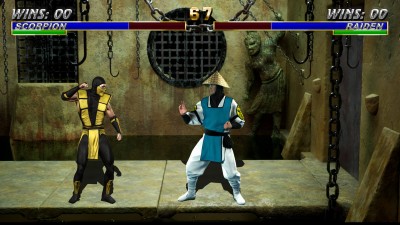 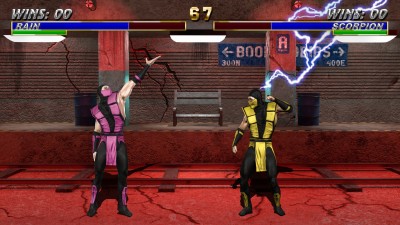 Here is a part of what the guys over at Eyeballistic have to say about their plans:


So who are we? Eyeballistic www.eyeballistic.com are a team of Mortal Kombat fans who approached series creator Ed Boon back in 2016 to remake the game in HD. Although Ed fully supported us, Warner Bros who owns the Mortal Kombat IP, was unconvinced that the game would sell over 100,000 units world wide and thus they determined it wouldn’t be worth the substantial cost of marketing the product for sale.

We’re planning to painstakingly recreate every detail of every stage and character in glorious 3D. Of course every fatality, brutality, friendship and animality will be there too. The characters and stages will get a face lift to 4K resolution and 60 frames per second gameplay action through the power of Unreal Engine 5. We’ll even remake all of the music by giving it a modern cinematic sound that incorporates real instruments. 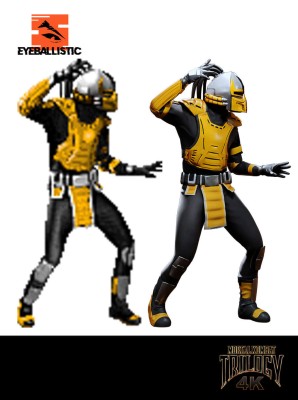 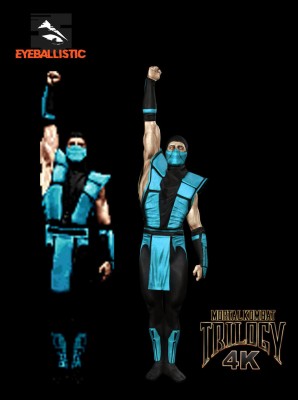 Dark Side of Gaming has some more information and is the source of the screenshots you see in this article.

If you want to see more of this project, there is even a playable prototype of the game done with Unity. You can download it here. Keep in mind the prototype is from 2018 and may not represent the current state of the project.

As a Mortal Kombat fan-site that has been the home of countless amazing fan creations over the years, we ask all of you to support the guys from Eyeballistic by signing their petition. We are wishing everyone involved with the project luck in turning their dreams to reality.

Hi there! This game looks amazing.

As someone who spent a lot of time with MUGEN, I never really thought of the idea of a remake for any MK game until I saw that this team actually tried to make one, which is obviously way past that time. And while I do prefer to just play the original games as they were, I'm not necessarily against the idea of a remake either. And judging by these images, it does look very good.

That being said, I wouldn't be surprised if WB would not agree to give this a green-light. In case you didn't know, they just cancelled the Kombat Kompendium project, again, just about a couple of weeks ago via cease and desist. Not to sadden anybody, but I won't hold my breath on that one.
Last edited by Roy Arkon on Sun Dec 05, 2021 3:47 pm, edited 2 times in total.
No matter the form, Reptile is always awesome

There is always a big chance of this failing, but as fans I think the least we can do is show our support. Who knows at the end of the day, it might work. And if it doesn't, well, no harm in that either.
I Rule This World!

Well you got that right. I signed for it as well, let's see if WB will finally give it the green-light.
No matter the form, Reptile is always awesome

Remaking a classic fighting game is one of the most absurd ideas ever and it's been proven it never works (capcom). Playing the game at high-level, even slight modification, change the collision boxes and game properties, therefore imagine what will happen if the whole game is remade.

I guess some fans just want to have better graphics and play it on next-gen consoles, but from a competitive point of view, this is just bad idea.
Top

I get what you're saying, but at the same time it's not exactly the same game anyway, it is a separated game that uses the original one as a blueprint, so it only makes sense that the balance and character properties will be very much different than those of the original. And who knows, maybe the devs are aware of how SSF2T HD Remix was made and would be much more careful with the balance and properties to make them much closer to those of the original games, in case they get the green-light of course.
Last edited by Roy Arkon on Sat Jan 01, 2022 4:14 pm, edited 2 times in total.
No matter the form, Reptile is always awesome

the fatalities would look crazy to the extreme.
Top

There is nothing wrong with better, ppretty graphics. The old games, they simply look terrible in the eyes of younger fans who are used to today;s graphics standards. So doing this might be a nice way to introduce the franchises history to newer fans in a more appealing way.

We also need to distinguish here between remaster and remake. In most cases remaster references to the same game in with upscaled graphics in some way. Some features are added like rewind, online, etc... but at the core it is the same game with the same gameplay mechanics. Remakes usually take the game and redo it. So what you get is a new game based on the old one but not with the goal of recreting it but taking aspects of it and adding a lot of new things. There are of course exceptions to those things.

I believe that if something would come out of this, it will not have as a goal to replace the old games but to celebrate and enrich the classic series. A typical remasters for me are games like Day of the Tentical where you can even switch between old and new graphics on the fly or the newer versions of Sonic the Hedgehog. Duck Tales Remastered, Castle of Illusions fall into the other category where you have a mostly new game that is based on the original.
I Rule This World!

I won't go on and say that younger fans think the graphics of the old games were bad, they are after all using real-life actors in-game and it still looks amazing to this day. It is just a way to modernize the old games into this current generation of graphics.
No matter the form, Reptile is always awesome