My game keeps freezing with mods!

My game keeps freezing with mods!

So i am a noob to modding this game so i don't know much about this but i downloaded two mods and i put the mod folders in DLC and one showed up and the other didn't.
So i played and chose the one that worked which caused the game to freeze right after the beginning of the intro so i restarted the game multiple times, disabled the one that didn't show up, and even restarted the computer but nothing worked. Any fix?

Eventually everyone runs out of time 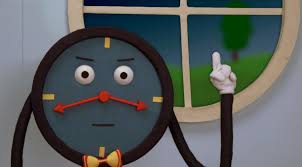 Re: My game keeps freezing with mods!

Are you using the Steam version of the game? What mods have you installed?
Top

Re: My game keeps freezing with mods!

leebaldz5332 wrote:Are you using the Steam version of the game? What mods have you installed?

Sorry for the late reply! yes i use the Steam version and so for have used the Deadpool pack mod and Razer mod (which didn't show up in character select) Deadpool causes the game to freeze at the intro.
dank memes and all that, reddit: ieatpandas443

Eventually everyone runs out of time

Return to “Injustice: Gods Among Us PC Tutorials and Discussions”