Project Suggestion: Hack Genesis MKs to be closer to Arcade.

Project Suggestion: Hack Genesis MKs to be closer to Arcade.

Hello. This is my first post on this forum.

I saw this ROM hack for the Genesis version of UMK3 which attempts to bring it closer to the arcade version while merging it with MK3 Arcade material:
http://www.romhacking.net/forum/index.p ... 382.0.html

Then I saw how you guys love to make MK ROM Hacks yourselves as well as mod the PC versions of the MK games.

Now don't get me wrong, I fully understand and agree that the Arcade versions of MK are the best versions out there, but I'd rather play my own dumped copies of Mortal Kombat ROMs/ISOs instead of resorting to illegal downloading, which I'm REALLY trying to avoid.

And here's another thing: I play MK1, MK2, and UMK3 EVERYWHERE, on EVERYTHING. Even on flash drives and on phones. Obviously many handheld devices out there can't run the Arcade versions of MK (and those that can will most likely have major issues doing so), so in situations like this, I have no choice but to resort to the Genesis and SNES versions of the MK games.

I don't see this as an absolute requirement that I'm forcing you guys to make for myself (It will NOT be just for me FYI), but here's my suggestion for a fun little project:

With your group of talented ROM hackers and PC modders, _ded's extremely valuable knowledge of the Arcade versions' inner workings, and that ROM hack I posted above as reference, do you think you could hack the Genesis ROMs of MK1, MK2, UMK3, and maybe MK3, so that they're as close to the Arcade ROMs as possible?

Re: Project Suggestion: Hack Genesis MKs to be closer to Arc

Oh man! If the people on here did that, I'd patch my ROMs with these in a heartbeat!... 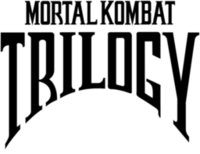 Return to “Feedback And Questions”