The Official Red Band Trailer for the upcoming Mortal Kombat (2021) Movie is finally here. In this trailer we get to see the main protagonist, Cole Young, being recruited by Sonya Blade and Jax Briggs, to take part in the Mortal Kombat tournament due to his mark on his chest along with each character receiving their own introduction in the trailer and features tons of fight choreography and bloody action similar to the its video game counterpart.

IGN also has a breakdown version of the trailer featuring commentary from the director, Simon McQuoid, which you can take a look at it here and the cool movie posters featuring Scorpion (Hiroyuki Sanada) and Sub-Zero (Joe Taslim). 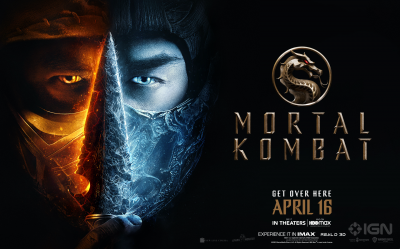 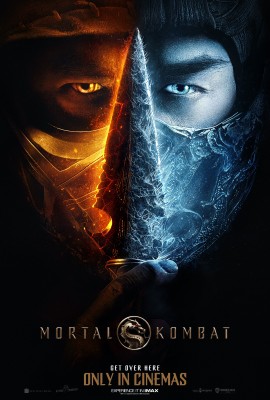 The official social media channels for the upcoming Mortal Kombat (2021) film by Warner Bros has announced the the official trailer for the movie will be uploaded on Thursday, February 18th at 9 AM PST. Along with the trailer announcement comes with neat animated posters of the cast featuring Joe Taslim as Sub-Zero and Josh Lawson as Kano. As a long time Mortal Kombat fan, I am excited to see this film since the first movie.

Over a month and a half ago, we reported about a Hidden English for the Joker after Joker dies via Fatalities such as the Shaolin Trap Dungeon Stage Fatality in Mortal Kombat 11 Ultimate (a hidden F' word phrase, mind you). Now it turns out that Joker can say the exact same curse after dying via a Brutality as well. Seem that Joker got used to Batman no killing so much that it's so hard for him to accept death by anyone.

Here is a video from my YouTube channel, showcasing Joker's hidden English curse after Finishing him off with the Reptile Slide Brutality with my Shang Tsung. Enjoy.

Are we getting a tease for yet another update to Mortal Kombat 11 Ultimate, or is it something new? One thing for sure, NetherRealm Studios are working on something, as NRS Senior animator Andy Senesac has shown via Twitter that they are working on something via pics from the motion capture studio of the building (for the first time in a long time due to COVID-19) as he preppers us all for something big coming up.

On top of that, Mortal Kombat YouTuber Kenny 'Unrooolie' O'Brien had the chance to visit NRS and took pictures from the studio, when he shows excitement for what is next to come from NRS.

O'Brien, for those of you who don't know, is a long time MK fan, and he is known to be a fan of the yellow Cyborg Ninja, Cyrax, who was featured in MK11U's story mode as an NPC alongside Sektor. Judging by O'Brien's excitement, this could indicate the transition of Cyrax, and perhaps even Sektor, as playable character, in complete contrast to Rain, Sindel and Baraka who were NPC's in Mortal Kombat XL's story mode but they never became playable until they came back in MK11U.

So let the speculation begin: Do you think that NRS working on a new MK11U update or something new? And if it's the first, what characters will this update include? Tell us in the comments below.